Reports of a video purported to be taken by a passenger on a cellphone in the final moments before the Germanwings 4U9525 flight crashed into the French Alps are not true, French officials investigating the incident have said.

Regarding Germanwings, there can be no other possibility other than the fact that this was a fake, that is a staged crash. It cannot be real. There were purportedly 150 passengers on-board. Where are they, and/or where are their body parts? It would be a macabre scene. Why is no one reacting to it?
It was stated, here, that by no means does the crash scene represent an entire plane. It was also stated that there was no inferno, no blackening, no char: no spotty fires and/or billowing smoke. Such a jet would have exploded on impact. Where is the expected fire-related damage? Where was the necessary smolder? Is there only this, and that’s it?

Just whitish-appearing smoke, no fire, from a pyrotechnic artificially placed charge? Where is the burning jet fuel, with its black, acrid smoke?
The question was raised, “Where are the virtually indestructible titanium-based engines? This was an Airbus 320. The engines used on such planes are considerable: 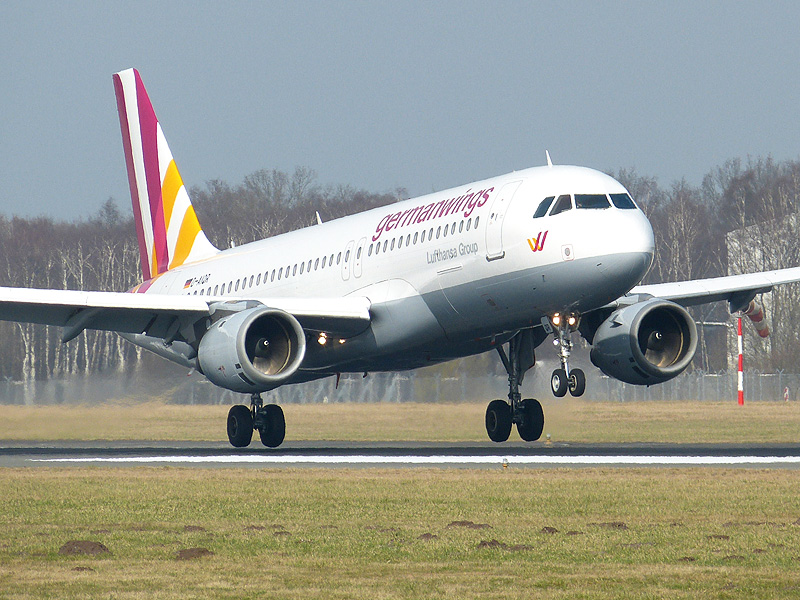 Certification de la famille A320 équipé du moteur CFM56-5B/3 Tech Insertion
Where are, then, such engines and their components? This is all there is, this rotor component of the engine? Surely, if this were real, in close proximity to the rotor there would be other engine components.

It’s a mere photo-shoot. Where is the rest of the engine? Where is its casing? How did it get stripped of all its other components so neatly? Why is it in perfect position for a camera shoot, all by itself? PLANTED, PLANTED, AND PLANTED, AGAIN; it reeks of this.

How did that engine component get there? There is no impact zone. It has not, dense though it is, smashed against anything. How could metal of that density traveling at the acclaimed G-force speeds – how could it impact that site without creating an impact zone/crater?

It’s like 911 all over again, mere planted engine components, likely not even from the type of plane as advertised. How are these the same? This is merely a part of the engine? Where is the rest of this mass?

It’s no matter. The proof of this fraud is beyond vast. See the nature of the planted wreckage. It truly is planted, right in the crevices. By no means could all that matter spontaneously land there; rather, it would be randomly scattered. Too, any luggage or back packs, if real, would be impacted with dirt as well as rock (Correction/notice: these packs belong to the crisis workers).

Let’s have a close look at it. What is it?

It seems to be miscellaneous garbage and refuse There appears to be plastic, there. It is all neatly placed within the mountain slope ravine. There is no wreckage, in contrast, to either side. That is hard proof that it was placed there, that is it was faked: as strewn wreckage. In fact, this image alone is hard proof of the arch-scam.
Notice what was done, here. Piles of garbage, along with plane wreckage parts, were dumped on the slope of this hill, with much of it following gravity, traveling down.

Here is a good example of how the staged airplane matter and other fell through the actions of gravity  into the ravine or was largely placed there.  The matter to the far left screen looks as if it was staged, simply dumped right in that ravine.

How about this for a dumping site? How could it be any more brazen, any more corrupt, than this? It is obviously dumped garbage. By no means could this represent material consequent to an impact zone: decidedly impossible.

What an arch-pile of dumped garbage it is. Nothing real about it:

Notice the staging of the wretched used clothes. Nothing was burnt at all, not even the tree? Someone took the time to hook those clothes components about the tree: how corrupt.

No one knows what those men are digging for. Let us see, though, the used, second-hand clothing heaps, close-up:

Why is there virtually no dirt or filth on those clothes? Moreover, why are the white and light-colored clothes so absolutely free of impact consequences such as embedded dirt? How did they get piled up like that unless someone put them there? It absolutely is staged. There is no plane crash residue on earth that appears like this. Regardless, where is the luggage from which such clothes were ejected? Clothes in such luggage is strapped down. It’s not going to end up in such piles: period.

Here is additional wreckage obviously placed artificially in a crevice. It appears to have been artificially battered to make it appear as if it is from a real crash. Not of it shows even a hint of being burnt or exposed to jet fire char.

What about this obviously staged piece of airplane wreckage? What does it say? 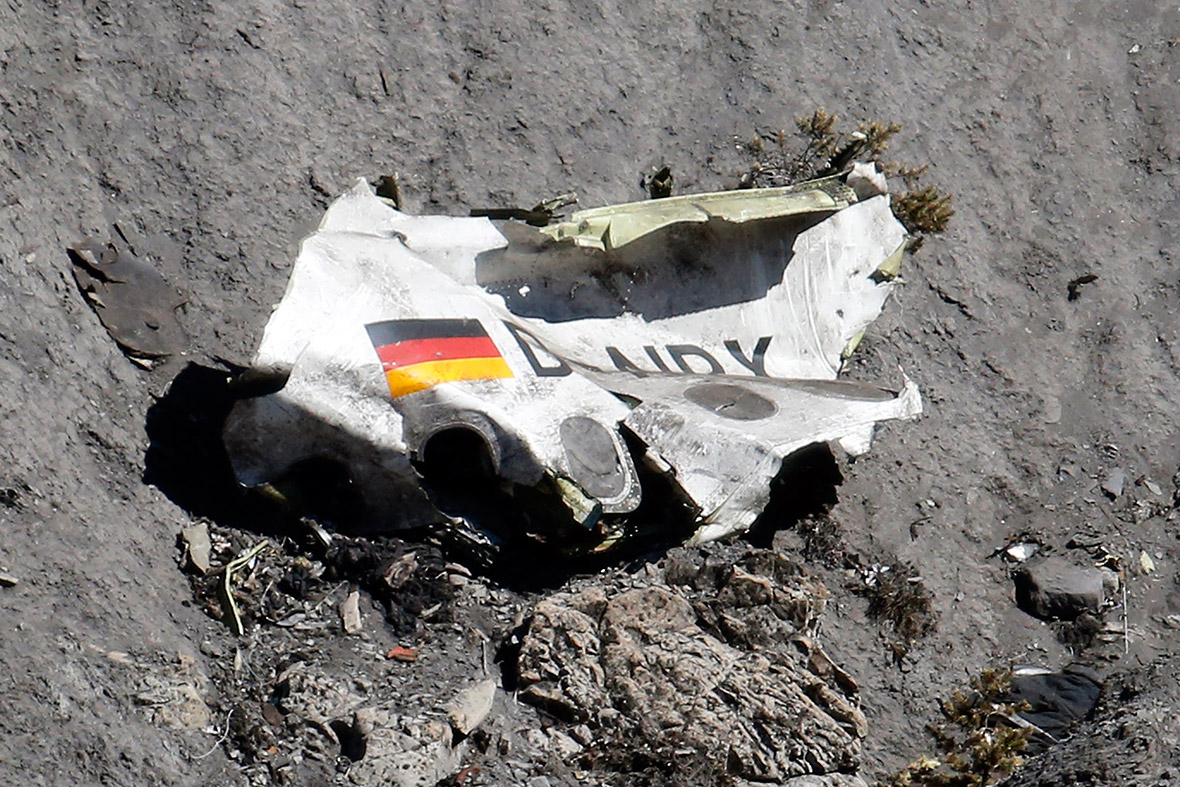 Note: there is some controversy about what this reads. It is largely irrelevant. The key issue is that it is staged wreckage, known as “strewn wreckage,” that is it was placed there in a man-made fashion.

Then, too, there are the arch-hoaxers feigning it as if they are grieving relatives. They act as if they are crying. Paid to do so, though the acting is there, the tears are not: What is this all about? How much were they paid? 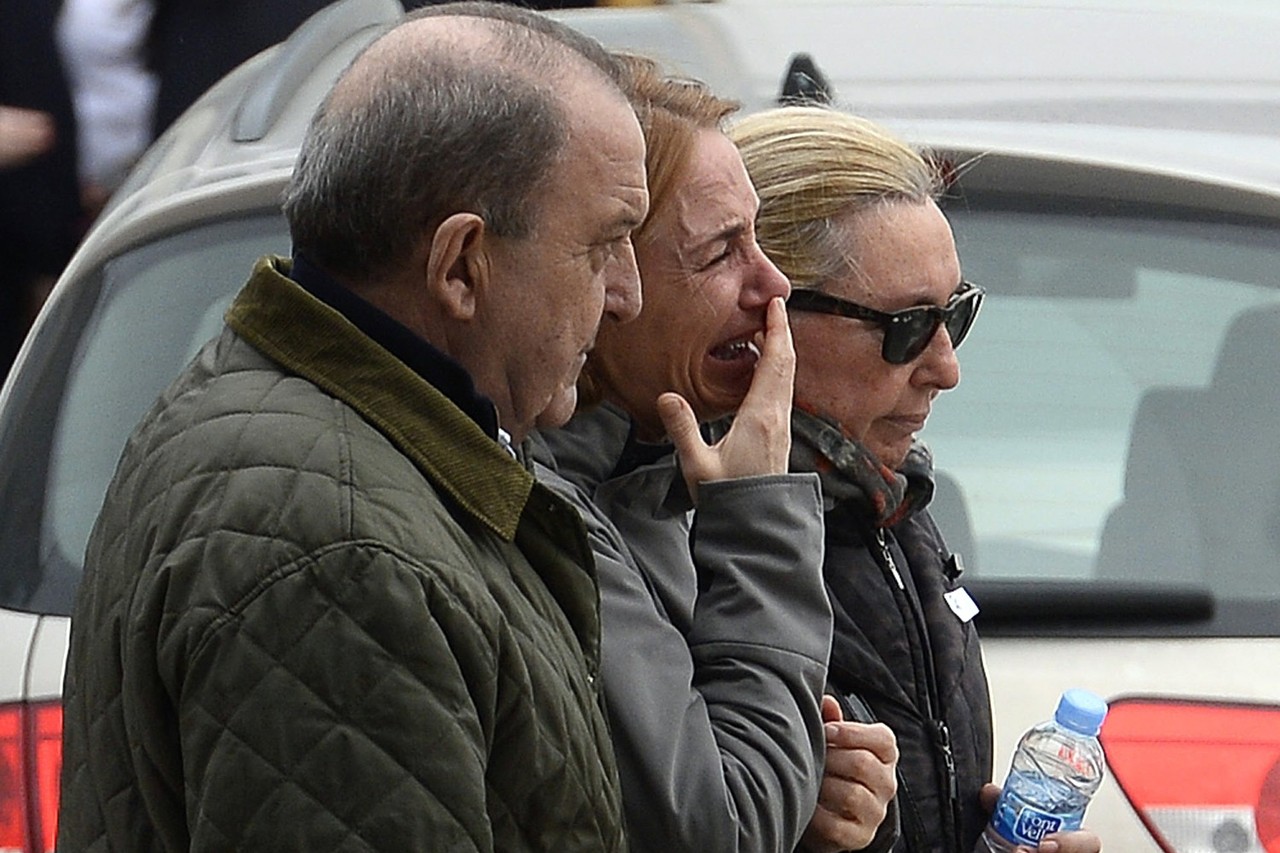 There are no bodies there. Nor are there any body parts. What are they so upset about?

Why are these men upset? Why is the one man acting like he is crying? They are all acting that way, but there are no tears. Notice the tri-pod with camera in the background.
Then, doesn’t this say it all? What else could it be other than a staged hoax? This is supposed to be the ‘grieving relatives,’ for God’s sake. Where did they get them all from? Why in the world would they go there? Consider the amount of money spent criminally on this fraud. It is absolutely the most absurd arch-farce conceivable.

The power of the great, powerful nations, united together to commit treachery and fraud. If this was a real crash, what in the world would be the purpose of any such display. There can only be one conclusion: it’s an absolute, utter fake.