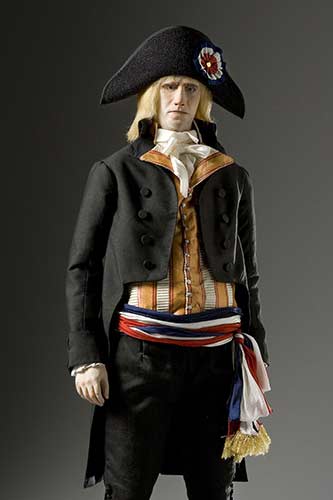 From Wikipedia, the free encyclopedia

The eldest Sanson ceased his profession in 1699. His son, also named Charles Sanson and born in 1681, became deputy executioner in 1696, unofficial executioner in 1699 and received the "provision letters" of the official executioner of Paris in 1707. He died in 1726. His widow and second wife, Anne Marthe Dubut, became official titular of the executioner of Paris, and François Prudhomme, her second husband, had the official charge of the "executioner of the city, provost and viscount of Paris" until her son Charles Jean Baptiste Sanson (born in 1719) reached the age of 20 years. He held the office up to 1754, when a palsy or paralysis stopped his career. His son Charles Henri Sanson, the fourth of that name, didn't like his ancestors' profession and preferred the occupation of a physician. But he had to take over his father's office in 1754 due to his father's disease at an age of fifteen when already studying at Leiden. Charles Henri Sanson was aided by his uncle Gaston and received the "red cloak", the sign of the executioner of Paris, in 1788. His first own execution was that of Robert-François Damiens.

In the last days of 1789 Gorsas in the Courtier de Paris accused Sanson of harbouring a Royalist press in his house. Sanson was brought to trial, but acquitted, and Gorsas withdrew the accusation. After the execution of Louis XVI, a statement by Sanson was inserted in the Thermométre politique (13 February 1793) in contradiction of the false statements made in respect of the king's behaviour when confronted with death. He surrendered his office in 1793 to his son Henri (born in 1767), who had been his deputy for some time, and held his father's office until his death in 1840. His younger brother Gabriel (born in 1769) was deputy to his elder brother since 1790 and died from an accident at work of falling down from the scaffold while presenting a cut off head in 1792. Charles-Henri Sanson died on 4 July 1806, and is buried in the Montmartre Cemetery in Paris, together with his son and grandson. Henri's son Henri-Clement was the last of the family to hold the office up to 1847.